Examples of non-functional behaviors are throughput, energy consumption, timeliness, and so on. In the context of real-time systems, the correctness of the system depends not only on the logical output of the functions, but also on when the output is generated. In other words, generating the correct output within a certain deadline is of utmost importance for safety-critical real-time systems. 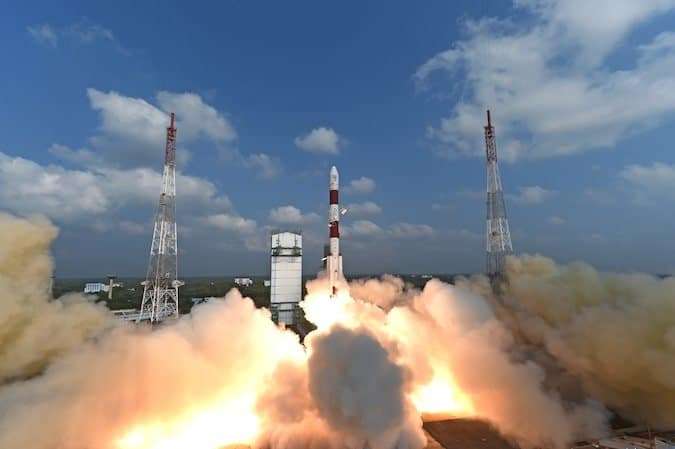 Spacecraft is an example of a safety-critical real-time system. Missing the deadline of some function may compromise the success of the mission which often costs several billion dollars for design, development and implementation.

Tasks generally share resources, for example, data structure, main memories, files, processor registers, I/O units, communication bus, and so on. It is important to enforce effective synchronization mechanisms when multiple tasks share a resource in order to ensure consistent view of the system. One way to ensure such synchronization is using semaphore for each shared resource. A task holding a semaphore has exclusive access to that resource. No task can hold a semaphore if it is currently locked by another task (i.e., at most one task can execute in the critical section).

Figure 1: The request and release requests of the shared resource R by jobs J1 and J2. Blocking of the higher priority job J1 by the lower priority job J2 can happen depending on when tasks are executed.

Consider the following execution pattern in Figure 2 of the two jobs J1 and J2 where prio(J1) > prio(J2). This situation in Figure 2 is called unavoidable blocking where the higher priority job J1 must be blocked since the lower priority job J2 is holding R when J1 needs it. 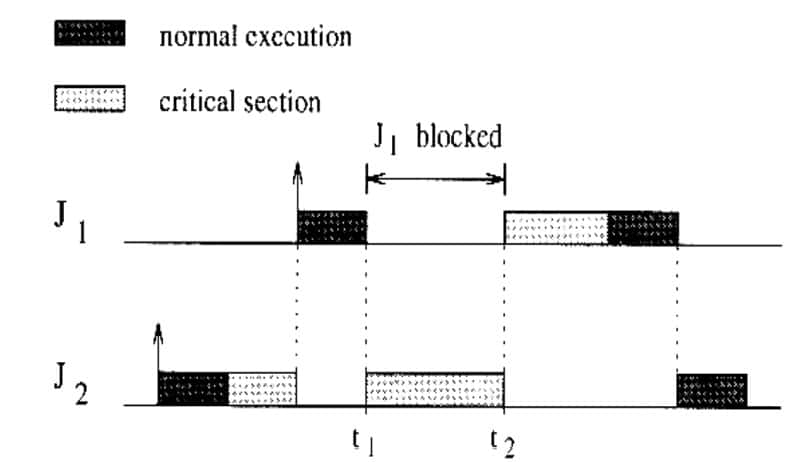 Points to be taken care of

There are mature fixed-priority scheduling algorithms for scheduling a set of periodic real-time tasks with the assumption that tasks are independent, i.e., the tasks do not share any other resource except the processing platform. However, this assumption does not always hold and problem begins when tasks share other resources. Semaphores are primarily used to allow the use of shared resources. This leads to a synchronization problem called Priority inversion problem due to shared resources in real-time systems. The most popular example of this particular problem is the Mars Pathfinder.

Other posts by Vivek